What do we do?

Lotus Fox Studios is a software company and contractor focusing on education, games, and creative tools. There's a lot we want to do, and while it'll take a while to get there, we hope you'll think of us and cheer us on!

We work on a freelance basis together, using a co-op model for our projects. Most of us have other jobs going on the side, and we may be open for new contract work besides. Look for more detailed info to be added here soon.

You can find our twitter @LotusFoxStudios. A more old-fashioned newsletter is coming soon, too. 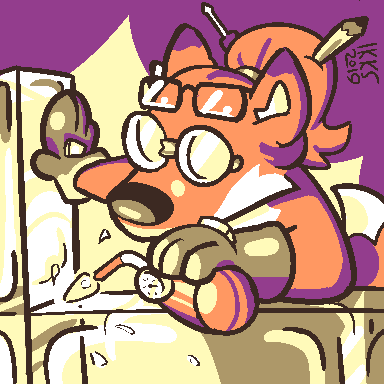 Aubrey's a computer expert from the woods of Maine. Between all their software projects, they care for the people and cats closest to them. As their code puts tools and games together, they keep the team together. 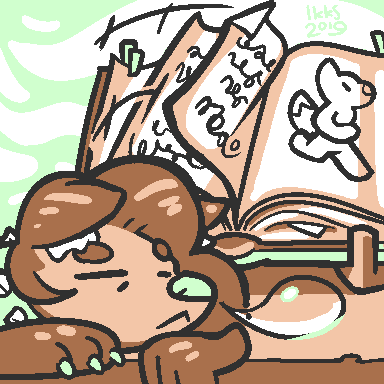 Ikks is a spacey artist who lives on a mountain. She likes drawing cute things doing cool stuff, and is never not designing a game. She's probably asleep right now. 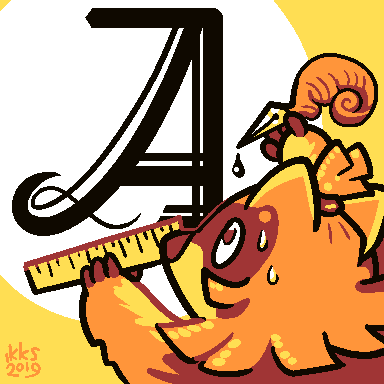 Marah is a nonbinary designer who loves orange and supporting their friends. They can get pretty scatterbrained because they're constantly busy, but usually they manage alright. 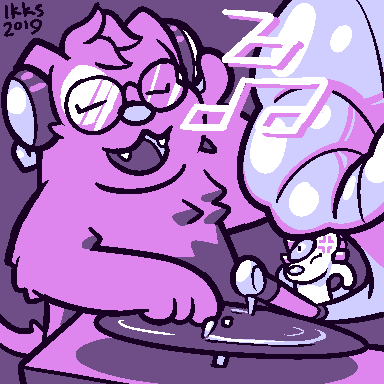 Proxy is a nonbinary musician who specializes in authentic chiptune production. They're a city-slicker who is generally doing a million things at once but still finds time to slow down and pet a cat or three.

This is Lily. She's an American lotus fox, Vulpes nelumbo lutea, though she's picked up a lovely purple hue and is quite fond of it. Lily loves to make things, and isn't afraid to get messy and make mistakes while she does. 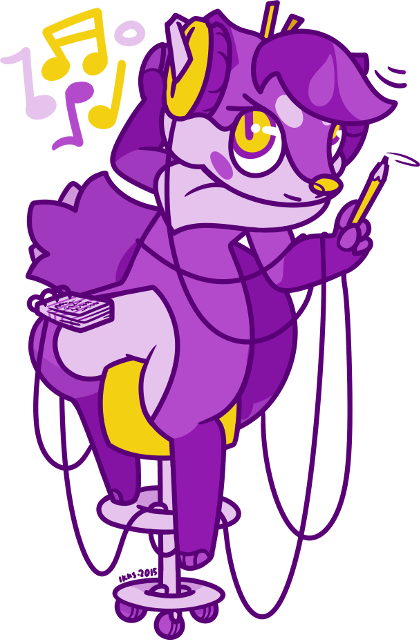 Lily's design, and all images of her here, are the work of Ikks (ikksnay.tumblr.com). The logo for Lotus Fox, as well as graphic design guides and much of the imagery containing it (such as the site banner) are by Marah (0rangesicle.com).